Blog - Latest News
You are here: Home1 / Blog2 / How politicians perform in the EU Referendum 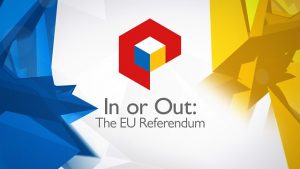 EU Referendum: Too Many Answers?
In or out? That is the question of the day as the referendum on Europe approaches. Gauging the response of the general public one could argue that both sides are suffering from having too many answers at the moment.

Too many answers do not help to build a confident case, one way or another. Instead they lead to mixed messages which dilute the argument and leave the British audience at best confused and, at worst, nonplussed.

Debate Brings out the Big Guns

As referendum day approaches the debate has been brought to our television screens and big guns, including Nigel Farage and Boris Johnson for out and Nicola Sturgeon and David Cameron for in, have stepped up to the plate to make their case.

Of course the debate about whether to stay in or out is characterized by a sense of uncertainty and politicians can do little about that. It is also a subject on which people tend to have fixed views and therefore require an extraordinary political performance to make them shift to the other camp.

However, we know from the experience of recent years that political style over content also goes a long way towards influencing how people are going to vote. Those politicians that connect best with an audience project themselves with a palpable dynamism.

This dynamic style is created by focusing not just on the rhetoric of the argument itself but also on elements such as voice, energy and body language. When it works, the result is a presentation package that comes with gravitas and a sense of trustworthiness.

Boris and David: Judging Politicians’ Performances in the Referendum Debate

So, how do the political big guns rate, at a performance level, in this debate? Boris Johnson has written that Churchill would occasionally use “long, orotund, bombastic circumlocutions” but when he wanted to get his point across he’d employ “short Anglo-Saxon zingers” and it is no surprise that one of the leading forces for exit uses very similar techniques, for example likening the country leaving the EU to a prisoner escaping jail.

David Cameron has a more urbane style but that is his undoing in this debate. It is too polished and lends itself to the charge of style over substance. He knows exactly how to construct a speech and where to land the rhetorical devices to win applause, but where is the passion?

Repetition, lists and, in Cameron’s case, the use of rhyme are standard tricks to make a message stick in the mind of audience members. But as we saw recently, when this gets trotted out to an audience of the general public (rather than a political conference) is doesn’t wash and opens him up to claims of ‘waffling’ and insincerity.

Love or loathe him, Nigel Farage has a reputation for speaking his mind and reflecting what others are thinking and this plays well with an electorate that has grown weary of career politicians and the culture of spin. As the debate reaches its climax, before polling day on the 23rd, the Remain campaign would do well to match the Leavers’ sense of passion and inject some more gusto into their performances. If they don’t, Brexit campaigners could be on for a historic win as the polls are beginning to suggest. Perhaps it is time to release Gordon Brown!

Strategic Partnership with The Conscious Professional

Standing up for democracy
Scroll to top