Blog - Latest News
You are here: Home1 / Blog2 / Confessions of a Videographer 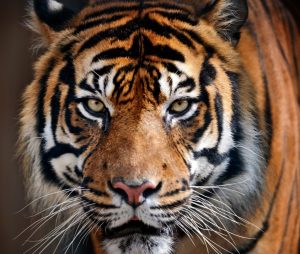 Once upon a time, the screen was a place populated by professional actors and presenters and video came wrapped in a veil of popular awe and fascination. Of course those days are long gone and now the power of video has become accessible to all, not to mention a vital tool in the box of modern day corporate marketing strategy.

Tech giant Cisco estimates that by 2019, a whopping 82% of consumer internet traffic will be video based while another study by Sandvine claims that video streaming presently accounts for up to 70% of broadband usage. These are quite startling statistics that point to the normalisation of video as a means of communication.

As Youtube has become a social media institution, many companies have realised that video provides a real opportunity to reach out and communicate a message to prospective clients as well as to a mass audience. At the de Burgh Group we offer courses that explore how to effectively project yourself on-screen to make the best of a video appearance, and demand for these courses increases year on year.

Part of this course involves the golden rules and deadly sins of appearing in front of the camera for business as well as media appearances. We provide tips, techniques and practical experience, based on our first-hand knowledge of presenting on camera. However, sometimes it’s interesting to get another angle, and so for this blog post I contacted a good friend who works as a videographer in the corporate sector.

From his perspective, what are the common pitfalls that clients fall into and what advice can he give, based on his experience of directing videos?

1. Do not think Hollywood
A common issue that videographers face when meeting up to discuss the client brief is unrealistic expectations. Stick a video project on the desk and some clients have the tendency to turn to their inner Hollywood mogul. They have dreams of pulling off something grand, appearing to ignore the constraints of a tiny budget. Phrases such as ‘wide scenic shots’ and ‘walking through a busy crowd’ will cause a videographer to wither like the proverbial vampire splashed with holy water. It’s great to have vision, but advice is, be realistic. Your finished ‘epic’ is likely to be viewed on a laptop or a mobile phone screen so stick to a good old fashioned head shot and focus not on an ambitious visual feast but the script in hand!

2. Do Not Think You Can Act
If you enjoy a senior role in a corporation, run your own business or are running for Parliament, chances are that is what you do well. If acting is not part of your repertoire, do not assume that getting in front of the camera will awake some deeply submerged (and hitherto unnoticed) talent. Resist the urge to inject a bit of Pacino into your speech or smoulder into the camera like Ryan Gosling. For videographers, there is nothing more challenging than a subject who is playing for a perceived audience of thousands and millions. In front of the camera you should assume that you are performing for one person, just as if you were having a conversation.

3. It’s All About The Audio
Yes it’s a video, of course it is, but a vital aspect of any video is sound. So vital that it’s only when it’s bad that you are aware of just how vital it is. Speaking clearly, working with the microphone (always try to use a lapel mic, even if it is plugged into the camera), forgoing the dramatic (and intrusive) soundtrack are all simple things that a good videographer should bring to a video project. Once shot, it is very difficult to do anything about bad audio and nine out of ten times a video fails, it will be because of the poor sound quality.

4. Listen To The Experts
No, we’re not talking about Spielberg, Scorcese or JJ Abrams. Instead, listen to the videographer who is directing you. It may look easy and you may have different ideas as to how you would do it, but there is a reason why they are that side of the camera and you are yours!…